Maybe, as writers, we want to emulate the heights of Pride and Prejudice. Maybe it’s the chance to indulge our fantasies about being swept off our feet into a life of privilege; a billionaire story in far more elegant surrounds. Or maybe it is just all about the dresses and those delectably tight breeches.

In light of all this, I had to think hard about when to set my current work-in-progress. The initial setup of the story, a woman being sent for treatment for ‘hysteria’, could have been tackled in any point in the 18th or 19th centuries. It turned out to be an easy decision to set it in Georgian London, rather than the more familiar setting of a generation later.

The tremendous changes in this period of history set up all sorts of conflicts and challenges for the lovers to overcome in order to live happily ever after. Not least of those is the very concept of love, especially love within marriage. For centuries, marriage had been looked on as much as an economic institution as anything else, especially among families with property and wealth to manage. No doubt people have always preferred to marry someone they wanted to spend time with, both in and out of bed, but it was expected that love would develop after the wedding day rather than be a necessary prerequisite.

The mid 18th century is when the concept of romantic love as a road to marriage started to gain much more traction among the upper and middle classes, to the horror of many parents brought up in the mores of an earlier generation. Novels, still an emerging art form, received much of the blame for this new and imprudent way of thinking. My heroine loves reading but believes she is far too sensible to behave like a character in a book. Her goal is a husband who will both give and be worth her respect, and provide a good home for her children. But could a good man respect a woman who discovers she has such wanton desires?

The 1760s also fall at the high point of the Enlightenment, that period of European philosophy when, as Wikipedia puts it, a range of ideas centred on reason became the primary source of authority and legitimacy. Educated London’s coffee houses, assembly rooms and the emerging gentleman’s clubs were full of the ideas of Diderot, Rousseau, Hume and other philosophers. Scientific knowledge also opened up to an increasingly educated public, including women, who could attend a range of public lectures and demonstrations and read scientific texts written especially for them, sometimes by female authors. 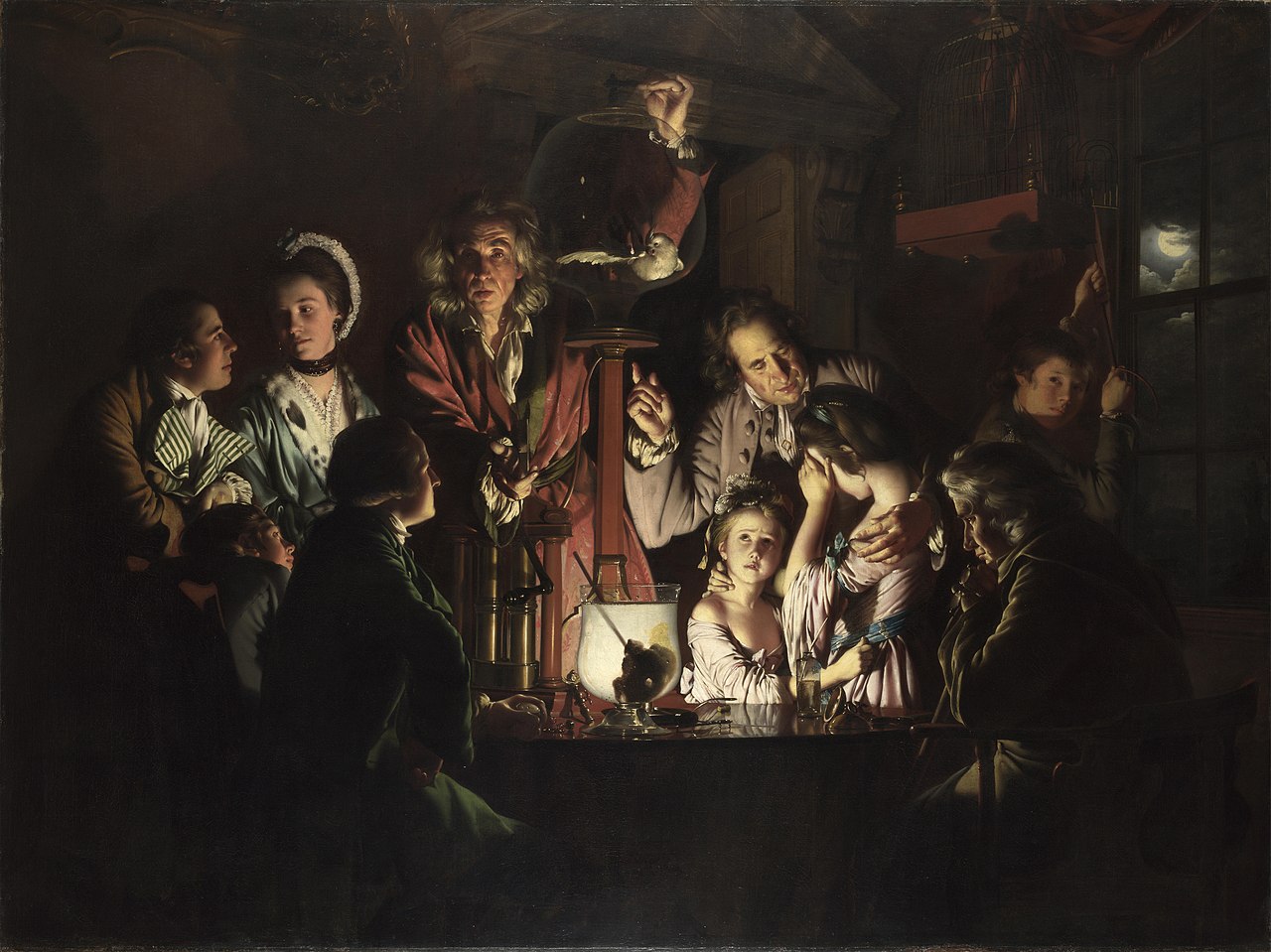 Scientific enquiry and romance were not mutually exclusive in Georgian England: Joseph Wright of Derby, An Experiment on a Bird in the Air Pump, 1768, image via Wikimedia Commons. This picture inspired a scene in my book.

The Age of Reason was, however, far from extending to an age of equality: Rousseau, one of the great intellectual heroes of the period, was a firm proponent of the patriarchal household and the subordination and domestication of women, a belief that one of my characters holds on to most firmly. It was not until the Regency period, through activists such as Mary Wollstonecraft, that the concept of feminism began to emerge more strongly alongside the loosening of the bonds of organised religion and other forms of traditional authority.

My hero would have seen himself as an Enlightenment man: well-educated, self-made and, above all, rational. His growth and journey in the novel come from him needing to learn that the opposite of rational thinking is not necessarily irrationality or lack of control; he only opens himself to happiness when he realises he can think with his brain and feel with his heart at the same time. And he will also need to confront that being an enlightened man and playing by the rules of a gentleman is not always the same thing.

There are plenty of other themes that this place and period offer to a writer, but some of them will have to wait for future stories, such as London’s place at the heart of a rapidly expanding empire and imperial economy. And while it doesn’t come out strongly in my current work, 1760s London was a wild place! My hero doesn’t have the means or the inclination to live London’s high-life to the full, but the menfolk in the heroine’s family do, and I intend to let them take advantage of it.

View all posts by susannahshepherd